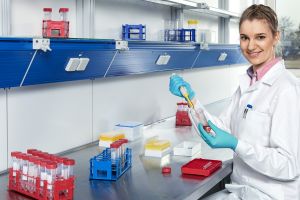 Also for the bio-active ingredient azadirachtin, seven laboratories did not submit a result because this active ingredient is not in their routine method or could not be identified. 13% of the laboratories reported too high values. Here, in particular, the nature of the active ingredient standard used is likely to have had a decisive influence on the accuracy of the result, says Dr. Günther Kempe, consultant for residue analysis at QS. Azadirachtin is the analytical lead substance of the active ingredient NeemAzal, which is approved in organic farming and is extracted from the neem tree. The residue definition for monitoring refers only to the major component azadirachtin A. This must be taken into account accordingly in the analytical method.

In the determination of dithiocarbamates, the majority of laboratories (39%) reported very low values in some cases. These underfindings almost certainly indicate incorrect sample handling, Kempe said. There is an enormous need for action here on the part of the laboratories. At the annual laboratory managers' meeting in February 2022, we will discuss the specifics of the test with the participants.