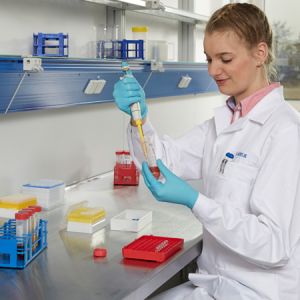 93 laboratories from 16 countries participated in the first laboratory performance assessment in 2021, a record number of participants. In addition to 73 approved laboratories, the participants also included 16 laboratories in the recognition process and 4 third-party laboratories whose participation was voluntary and without applying for QS approval. The results show that the majority of laboratories (74%) were able to present good analytical results and passed the test. In particular, however, the inclusion of new substances in the laboratories' range of tests and sample handling in single method determination still show a clear need for improvement.

About the test design

The peach test matrix can be described as relatively simple from an analytical point of view. Large matrix effects were not to be expected here.

Results at a glance

10 of the laboratories in the recognition procedure failed the test, as did three of the voluntarily participating third-party laboratories.

A total of 31 (33%) of the laboratories identified and correctly quantified all active substances and thus achieved the maximum possible score. Almost all of these laboratories (29) already have QS approval.

In the meantime, preparations for the next laboratory performance assessment, which will take place in the 2nd half of 2021, are already in full swing.

A detailed overview and further information on the results can be found here: